So I haven't posted here in 4000 years (maybe less, I guess I'm not keeping track); I've been posting more stuff on FA lately.

I've been making fursuits for a really long time now, and in the past year, things have changed a lot. I've always enjoyed it, but for some reason, recently, its been very Zen-like .. its something that's helped me express creative urges and has been unbelievably fulfilling.

Its not even so much the process (though I enjoy it), its become more a love for seeing others romping around in something I built. In any event, stretched my artistic breadth on my more recent build, and actually pretty pleased with what came out. The owner wanted me to not-say who they were, but the character's name is Ty.

....And another interesting factoid, this guy was the 101st fursuit I've built.

Short but sweet I guess. MFF this year was easily one of the best cons I've had to date.

The interesting twist, is that as Programming-Second this year, I was busy as hell .. And given my life in general, I think that helped make it fun! It's weird, I don't seem to have the ability to sit still. If I'm at home after work watching TV, I want to be sewing; If I'm traveling, I want to be building things for work.

So did I suit? Absolutely. I was in "new Kodi" (some started calling him Kodi Zero .. Like Coke Zero :) for almost every evening. I wore around Sylvester and my werewolf around (hoping to see some pics) and danced like the world was going to end.

So for me, though ironically, lonely at times, MFF was amazing.

What do most people (including myself before I got deep into this rabbit hole) not see? The huge efforts the volunteers put into things. It's a ton of work, and we actually love doing it, but in so many cases it's meant that people have chosen to trade room-parties with their friends, for moving around fans or setting up Art Shows or closing out Registration.

Next year, when I take on running Programming for MFF 2012, I'm going to do my very best to make sure everyone who volunteers their time to make this work get that recognition - very publicly and very sincerely. MFF does a great job already, but I really believe that it's the perfect storm between Attendees (you rocked this year, btw!) and Staff that makes a convention truly magical. This year, it was pure, almost Harry Potter-level magic.

I know I've missed folks - but with a massive staff and amazing group of volunteers we pulled off something memorable and something that makes a difference. Heads held high, walk with a confident swagger - we worked hard and we gave a great con to our community.

Also .. Thank you Abrahm for the amazing pic!!

I had recently moved from Ottawa to be on my own for, really the first time, to live in Vancouver. I was 22, working for IBM and new to the tech industry, having taken advantage of the dot-com-boom.

At 7:15am or so I went to the lounge for breakfast, at the Sheraton Cavalier hotel in Calgary to meet a colleague. We were in town to do a project assessment at a client downtown. When I walked into the lounge, all of the TVs had ABC News on, and the whole lounge was buzzing about a plane having hit the World Trade center.

Thinking, as I'm sure many did that morning, "Idiot pilot", Tony and I grabbed our laptop bags and headed to the car to drive downtown. I remember like it was yesterday: We were listening to the radio when the music cut-out and the News cut-in to inform us that a second plane had hit the World Trade center.

The news continued for out entire trip downtown - we had been stuck in rush-hour traffic. By the time we parked the car, Peter Jennings had come on to say that one of the towers had collapsed.

Doing our best to belay our shock - we had a job to do - we continued into the customer site; but the day was a wash. Inside, everyone at the client was huddled around TVs watching the reports recounting the pentagon having been struck and the falling of the second tower. I remember the rumors.

There was such disinformation in the early hours of this horror. When we heard that all air traffic in North America was to be grounded, and the downtown core of Calgary was under mandatory evacuation, Tony and I headed back to the hotel to figure out what to do next.

Calgary, Vancouver, Edmonton accepted hundreds of re-routed flights, literally filling their runways. I spent the night in Calgary and decided to drive to Edmonton the next day as the rumors were that they had an open runway and that air traffic would resume soon there.

Tony rented a second car and decided to drive back to his home in Ottawa (and did it in 28 hours straight). I did drive up to Edmonton, where I stayed downtown and hung out with White_Fox, one of my best friends. It was 2 more days marooned in Edmonton before my travel agent (yes, we had agents back then :) managed to get me on an Air Canada flight to Vancouver

I remember arriving at the airport in Edmonton and seeing machine-gun-armed Canadian forces members in the terminals, and two runways obvously clogged with 747s and other trans-continental flights that had been diverted. But I took my middle seat and was just happy to be able to get home; a lucky few who could. Vancouver, when I landed had a similar scene of runways clogged with planes and an airport that was absolutely packed to capacity.

I guess we all knew it at the time, but this horrendous tragedy would ultimately change our entire world. I saw "ground zero" for the first time last summer, when I stayed across from it at the Marriott. Even as a Canadian, it was a scene that evoked great emotion.

Looking back ten years, it's funny how everything feels like it was just yesterday - but so much of my life, and the world around me is so very different.

A world's hearts and prayers continue to go out for everyone who has lost someone, and for those who died that day.
I also want to offer my most sincere thanks to everyone who has selflessly chosen to serve their countries at home, and over seas.

I went to take a break, get some piece and do some thinking. I got all of the above and I had a great time.

The definite highlight was mountain biking all over the north shore of Oahu (Ka'a'awa valley) .. hurt like hell, but omg, the scenery!

Off to Megaplex next week! 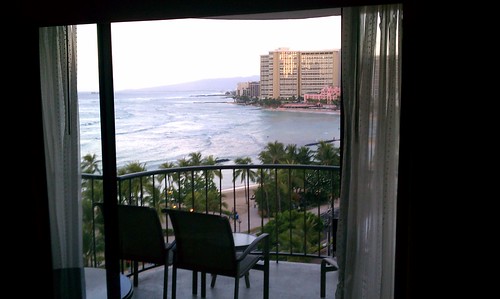 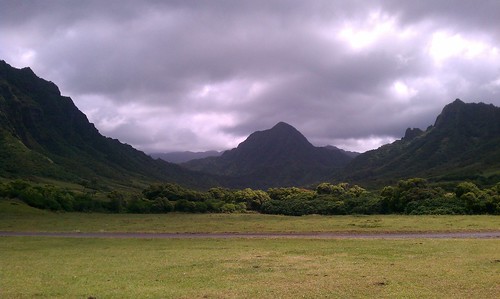 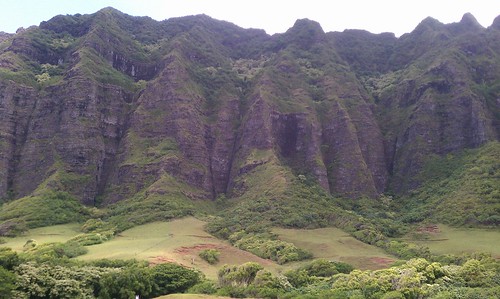 Now, off to Vegas for the week (work)

Got some great new shots of Kix today .. the weather was cooperating in Chicago :)

Was never really pleased with how I did the original version of Tozier's character, so I decided today (motivated by some sort of muse, I suppose) to give it another go.

Apart from that, I'm in town until Thursday and am looking to drive to Detroit for FCN. Looking forward to more crazy shenanigans, suiting and just generally hanging out. I do have to drive 'all the way' to the Canadian border to update some passport stuff.


I've been looking into planning my yearly, 'wacky' vacation and its looking like I'm going to aim in June (maybe even late May, if I feel 'saucy') to head down to Australia again for a week or so. I didn't get too much time on my last visit to see outside Sydney, and I'm really wanting to get back to do a bit more random trekking.

Random trip down to 'Horror Hound Weekend' in Indianapolis ( http://www.horrorhoundweekend.com ) .. first time I've ever been to a not-work, not-furry con before and it was actually pretty cool.

My take-away, I met Sig Haig (who is really nice, but also gigantic :)

Only thing one can do at a horror con, of course, is fursuit. Was very well received and I think I'll go back next year.

Off to Orlando for work this week again, quick in-and-out again for a magical meeting or two.

Had a great time. Not much else to say :) Its been years since I've really felt I can relax and enjoy myself at a con. But I did.

I arrived on Thursday, no expectations and after an already long week, and found the laid-back atmosphere and the "small feel" hotel made it very comfortable and relaxing. It wasn't a small con of course, but I just liked the very central layout of the programming space.

I'm on the hunt now for pics of any of the suits I've made (or worn) :) .. in particular of the g-shep cluster during the parade :)

I'm heading down to Indy for another geek-fest this weekend, and then FCN in a few weeks after that. The big move... all the way across the street .. is May 1st.
Collapse